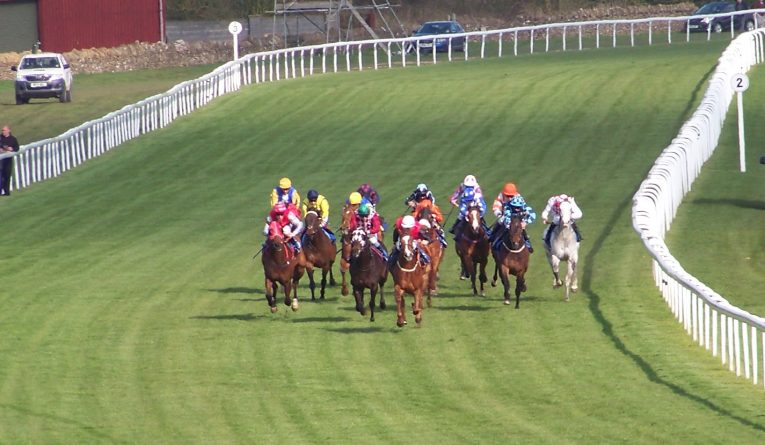 Following on from last weeks ‘Notebook Horses’ post here are the latest runners from the flat that caught my eye during the period of the 19th-25th April, with a view to future profits…

Michael Stoute runners making their debut as a 3yo in a turf race have an abysmal record – 2/101 | 2% S/R | -£83.18 BFLSP – 51% PRB | 82% below exp – with this filly being the latest defeat to add to those stats. The fact she finished a clear 2nd behind an odds-on Charlie Appleby fav who had won his first start, however, does make her of some interest going forward as most of these types from Stoute hardly even manage to run into the places (the Win & Place S/R is a lowly 21%). Those that do manage to run into a place have a 50% WIN S/R on their next start, improving to 62% if that next run is on Turf (although it must be pointed out that profits are very much on the skinny side) and this filly looks worth keeping on the radar.

Travelled well enough for long enough here but I do feel he’s a better horse on flatter tracks than Catterick (5/20, 2p on flat tracks compared to 1/14, 2p on tracks with undulations) and that probably was part of the cause for him fading in the closing stages. This was also only his second start for trainer Liam Bailey and horses having their first and second starts for the trainer have a cumulative total of 1/57, so I wouldn’t have been expecting to much more that what we saw from the 6yo here. Liam Bailey hasn’t quite hit form yet either (0/12, 1p last 30 days) but that’s no surprise as his yard doesn’t really begin to ‘fire’ (and I use that term loosely!) until around May, with figures of 0/54, 9p in the January – April period in the three years that he has held a licence. Three Saints Bay has been slipping down the handicap for some time now but there was enough in this run to suggest the enthusiasm is still there and he’s worth looking out for under the following…Turf | C3 level & below | OR 98 or less | 11 or less runners | DSLR 30 or less = 5/13, 1p – 5 of 6 career wins).. ideally on flat tracks like Musselburgh or Thirsk.

Had been backed to back up his win at Newcastle last time out but Roger Fell has a poor record with his last time out winners that step up in class next time out…8/85 | 9% S/R | -£39.21 LSP – 40% below exp…so it was no surprise to see the 7yo find at least a couple too good for him. It was still a solid effort, however, and he is very well handicapped on his absolute best form and he’s worth looking out for under the following whilst he remains in form and on a good mark…Straight Turf tracks | Tracks with undulations | Good or softer ground | fields of 14 or less | OR 97 or less | DSLR 11+  = 202612111 (4/9, 3p – 4 of his 5 career wins)…although he may not need every single conditions ticked to be of interest.

Fluffed the start and found himself detached for the first half of the race but he picked up in the final furlong to finish ‘best of the rest’. The 4 ahead of him were separated by only half a length and all posted a figure on or just above par for the level so this was a decent contest and given Ey Up Its Mick needs a run to get going (0/4 on seasonal debut and 0/13 off breaks of 16 days or more) and also fluffed the start here, his strong finishing was probably better than it looked. It was also noticeable that the 5yo didn’t have his preferred Blinkers on here (3/17, 6p wearing blinkers compared to 0/8, 0p without blinkers) which was a probable indicator that this was nothing more than a run to get him primed for the season ahead. He’s worth looking out for under the following…OR 70 or less | Blinkers | Good or softer | DSLR 15 or less…where he is…113152 (3/6, 2p – all 3 career wins). His 3 previous wins have come in July & August so connections may try another few spins to get his mark down a few more pounds before fully ‘releasing him’, hopefully the reapplication of blinkers will be the sign they think he’s ready to fire.