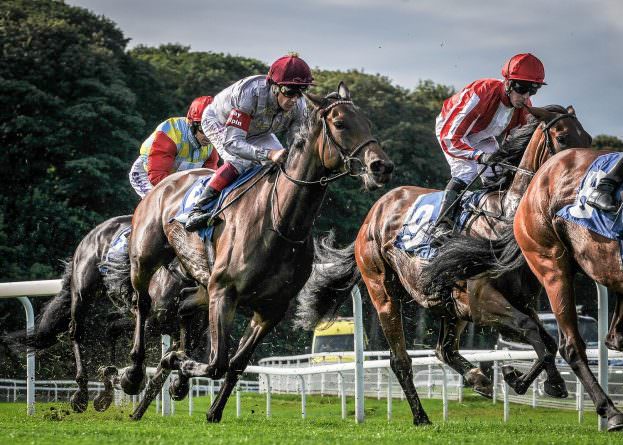 A poor effort, no matter how you slice and dice it. The Easterby yard are not quite firing at the minute, however, (3/45 last 7 days – 39% PRB stats) so that is a potential ‘reason’ for this poor run..

Conditions were not anywhere near in his favour here (track too flat, ground too quick, field too large, running off too short a break) so could not have been backing him here and he ran as expected. He’ll get much better opportunities than this.

The 3yo is on the Unexposed Handicappers list and this was a maiden but it was still good to see him win this and win it in authoritative fashion. Handicaps will likely be his next port of call.

The ground quite simply went firmly (or soggily!) against her by the off here. The weather at Beverley was atrocious and although the form book says the ground she ran on was ‘Good’ here (changing to Good to Soft for the remaining races) the Proform ‘Actual Going’ descriptions (which give a significantly more accurate description of the ground) tells us that the ground was actually much closer to ‘Heavy’! Ground as soft as that is simply no use to the mare, hence the reason I have her Prime Conditions as…Turf | G/S+ | 1m+ | Apr-Aug | OR 81 or less…and you will have seen that visually yesterday in her performance, as she travelled into contention until the 2f pole but just could not engage her top gears in the testing underfoot conditions, she could get no traction and just plodded on to the line in the worsening conditions. Easy to put a line through this effort.

Now for the latest ‘Notebook Horses’…

This Swiss Spirit gelding usually begins to peak from May (0/3, 0p in April) so he’ll be nice and sharp now after his two spins this season and is of interest going forward. He got caught on wrong side of the track here as race hit the business end, with all the action taking place down the near side whilst he was trying to make his challenge on the far side (first 3 were drawn 7-6-9 and he was attacking things from stall 3) but he still recorded a solid effort in 5th and the four ahead of him all ran on or just above par for the class level, so early signs are this was a decent contest. He was dropped 2lb to OR 87 for this run, which puts him back on his last and highest winning mark, and I’ll be looking out for him under the following… 1m turf handicaps | OR 87 or less | May-Aug…where he is… 5/6 (all 5 career wins).

The 5yo is likely to need this opening run of the season (he is 0/6, 0p of breaks of more than 25 days) and this was also his first run off a wind op (trainer only had 1 winner from 18 runners first time off a wind op). He was still bang there entering the final furlong in this Listed contest, however, and only faded in the final half a furlong to finish 4.25L 7th come the line. Despite the race being won by a 66/1 ‘outsider’ this race was run above standard for the class level and should represent strong form going forward and Duke Of Hazzard will almost certainly come on for the outing. He’s a horse with a simple set of Prime Conditions where he runs to his optimum… Good or quicker | DSLR 25 or less = 8231111232 (4/10, 5p – all 4 career wins), the 8th coming at Salisbury last season when he quite possibly didn’t enjoy the flat nature of the track (his 4 wins have come tracks with some form of undulations). He’s a horse of interest going forward, with this first outing of the season now under his belt.

Extremely well-handicapped on his old form but these trips (further than 1m0.5f) just stretch his stamina too far and he probably ideally wants no further than 1m trips, although up to 1m0.5f would probably be OK. The first four home here recorded a speed figure comfortably above par for the class so this looks likely to be solid form and there’s plenty hope from his recent starts that Tricorn can finally snap his lengthy losing run, which now stretches to 24 starts. He’s worth looking out for under the following… 7f-1m0.5f | Good+ or A/W | race worth 21K or less = 38221112 (3/8, 4p – all 3 career wins)…although he wouldn’t, admittedly, be one to follow off a cliff.