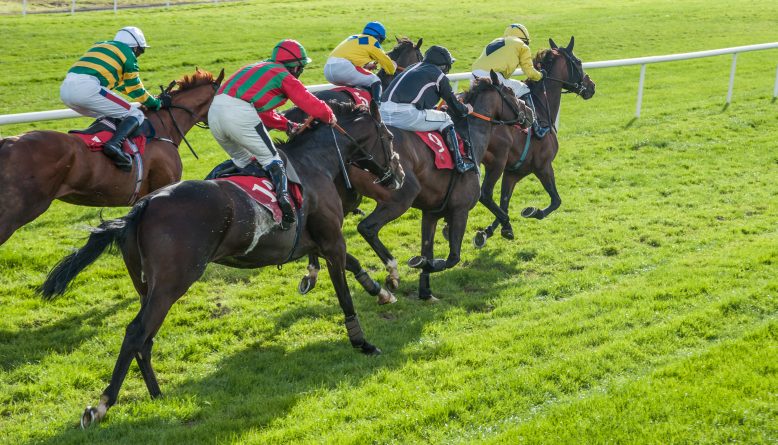 The National Hunt game is beginning to wind itself down for it’s summer holidays (for all it never actually comes to a full stop!) and the Flat game is slowly but surely winding itself up to hyper-speed, with the 1000 & 2000 Guineas coming up hard on the outside.

I’m in the process of getting my own ducks in row for the summer NTF membership service (which I’ll be running in conjunction with A/W maestro Dave Punshon), part of which will consist of a regular posting of my own ‘Notebook Horses’, a format that will be not too dissimilar to the ever popular ‘NTF Weekend Notes’ that I produce for full members during the Jumping months.

Whilst I’m on the subject of ‘Notebook Horses’…The Mighty Don at Cheltenham last week!! 😫😵🤬🤬🤬

Prime Conditions to attack…everything going to plan for him…swung into the homestraight with the race at his mercy….then made a complete b*ll*cks of the second last and the glorious opening slips from his grasp in the blink of an eye!! This game…tests your patience to the limits on a daily basis…😐

That’s racing though and we keep swinging…

The 7yo was doing all his best work late in the day here, which is no real surprise given he’s at his best over 6f (all 4 career wins have come over 6f) and was likely to have needed this run to sharpen him up (DSLR 69 here). Also well worth noting that he was the only runner from out the back to get anywhere near the podium here, with this race very much playing in favour of those on or near the early pace, as such I’d be marking up his effort a couple of pounds on the bare form. It’s been a while since he last visited the winners enclosure (15 starts ago) but he had been stuck up on marks that were above the ceiling of his abilities for plenty of those runs and he is now back on a mark (OR 82, dropped 1lb for this effort) that should see him be competitive again. I’ll be looking out for him under the following conditions…Turf | 6f | C3 level or below | OR 87 or less | DSLR 45 or less = 121820211 (4/9, 3p – all 4 career wins)…Good to Soft or quicker ground will also be a positive for him.

The winner of this was a front-running Mark Johnston Fav (Sibaaq) and given they strike at a huge 60% at Beverley over 7f+ trips then anything that finishes close to them is always likely to catch my eye, like this 3yo Mick Easterby filly. This was season debut for the filly and also her first spin on ground as fast (Good to Firm) as this but she coped well with the conditions and should have more still to give from her current mark of OR 68 (put up 1lb for this effort). This race was also run bang on par for the class level (using Proform Speed figures as the gauge) so a good chance this will turn out to be solid form and I suspect the Easterby’s have managed to start this one off on a decent mark for her 3yo campaign.

First run off a wind-op here and was tenderly ridden out the back for most of the contest and wasn’t really asked for maximum effort at any stage, connections possibly allowing the horse a run so that she learns she can breathe better now her wind has been sorted, also worth noting that Ruth Carr has yet to have a winner with a horse on its first start off a wind-op (0/24 for her first time wind-op horses) and she maybe just likes them to get a run in the bank first before asking them for maximum effort. These were Prime Conditions for the mare…Turf | G/S+ | 1m+ | Apr-Aug | OR 81 or less = 4011111 (5/7 – all 5 career wins)…and she’d be interesting under similar conditions with this run under her belt, she is currently very-well handicapped on the best of her form, like a number of the Ruth Carr string after a below-par year for the yard in 2020.

The hood came off late here and as such the horse was on the back foot from the off and had to use up his energy supplies in all the wrong places. The sectional times show he ran one of the slowest opening furlongs of the field and then ran the fastest 2nd furlong split of any of the runners as he tried to get into contention off the tardy start, his race probably being lost there and then. The winner Dapper Man was able to control things from the front and recorded a speed figure a shade above par for the class level so this was a solid race for the class and as such AFANDEM had little to no chance off his slow start. The Easterby yard haven’t really hit stride yet either (7-day stats of 1/28 at time of writing and 3/57 14-day stats, with poor PRB stats to back up the fact they are not quite firing yet) but this one will be ready to strike when the do hit form as he’s now finally back down below his last and highest winning mark (OR 73). I’d be looking out for him under something along the following…OR 73 or less | 9 or less runners = 5112815131 (5/10, 1p – all 5 career wins).

He’s just not a 7f horses (now 0/5, 0p over 7f) and this was likely nothing more than a spin to get him fit and to get his mark back down to somewhere near or below OR 100. This was also his first run off a wind-op (second wind-op of his career) so plenty about this run suggested it was nothing more than an outing to set him up for the season ahead. He’s not a horse that wins regularly (2/24 career stats) but there are a very specific set of circumstances where I want to be looking to catch him…5f-6f | Good to Soft or quicker | Listed level & below | DSLR 30 or less…where he is 1231 (2/4, 2p – both career wins). He won the Wokingham last summer wearing first time blinkers but they’ve been left off on his last two starts so it will be interesting to see if they are re-applied at some stage. This Thirsk race was run at a decent gallop and the figures returned by the first three home were above par for the grade so they weren’t hanging about here and this will have brought HEY JONESY on nicely for the season ahead (and a likely return to 6f).