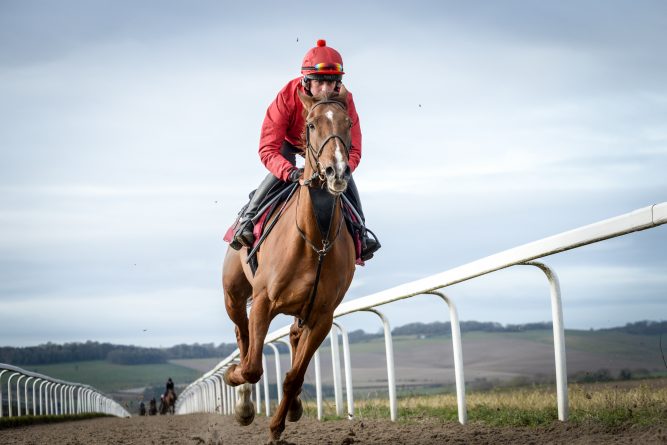 Well maybe not ‘happy’, we are, after all, back in lockdown…😐

…and losing National Hunt meetings left, right and centre due to the weather…🥶 (although somehow all three jumps cards today have managed to pass their morning inspections!)

I suspect we will continue to see meetings fall to the weather during this cold-snap so with that in mind I thought I’d reach out for a bit of help from an All-Weather expert, see if I can maybe expand things here on the free blog for a bit.

This may be a one-off blog post, it may become regular, it may be the odd post here and there…there is nothing set in stone for now but I reached out to David the other day, asked him if he fancied doing a guest post here on NTF, he said yes…and here we are!

David compiles his own figures for the All-Weather and mainly looks at Speed and Pace, indeed he currently produces analysis for a Newmarket based Jockey and Trainer, again based mainly around the early pace make up/ pace maps etc and what has shown decent final pace figures.

“I have been punting for almost 30 years but probably only the last 5 or 6 years seriously and successfully, after I became good friends with a serious Punter/Owner who asked me to analyse races on their behalf based mainly on the pace in a race and speed.

I used to be mad about Jumps racing before reading one of Andrew Beyers books in 2014 and have since predominantly concentrated on Flat Racing especially the AW.

My Ratings consist of many factors. My Main Rating is the ‘Today Rating’ which is based on speed/pace/trainer/jockey form lately and together/weights and today’s condition.
I generally look at several other factors along with this rating such as CD Speed (is it recent etc) Track/Distance Final Speed.“

So let’s crack into the analysis for today, with David deciding to cover the 2.34 from Chelmsford, a Class 3 7f Handicap…

MID DIVISION (LIKELY TO RUN IN THE THIRD WAVE)

It is also closely matched on My Final Pace Ratings. Revolutionise returned last time out over CD with the best final pace rating of 82.21 after 2 poor efforts.

Brains has shown that he has plenty left in the tank lately running some quick closing sectionals.

Pistoletto has recorded consistently quick closing sectionals on his last 4 runs running a Final Pace Rating of 81.91 at this track over 8f

Tadleel did run a Final Pace Rating of 82.1 over 7f at Wolverhampton but has run 2 poor races at this track

I would like to ignore Alminoor’s latest run as he wasn’t tried with once beaten when trying to make all at Lingfield. He was kept tight to that slow inner rail and 4 of the last 5 in that race all took the same path. He would be dangerous if allowed and easy time of it up front.

Eton College is a difficult runner to be confident about. He clearly has talent but also clearly has issues.

Brains will likely be seen in better light when stepped back up to a mile as will Further Measure who makes his stable debut.

Extrodinair clearly likes it here and looks especially comfortable here over this trip. He has won returning from longer breaks than this but he does however need a career best and holds no secrets.

I would be worried by the suitability of this sharp track for Taldeel and he remains 7lbs above his last winning mark.

The interesting runners for me are Pistoletto and Revolutionise with the market likely to be the best guide for the first named runner.

(The above is only the Final Pace LTO section of David’s ratings, he actually uses a much deeper set of figures than the above when looking at a race – Ben )

My Final Pace Rating is based on a nominal value of 80 and I then use the time difference from the CD Par V Actual Closing Sectional Time then adjust it for the Finishing Speed %.

SELECTION: Unless money arrives for Pistoletto, REVOLUTIONISE would be my confident selection. He has won over CD, is 1lb below his last winning mark, is 2 from 2 for the returning Jason Hart, the yard have had 5 winners from their last 9 runners and is having his second run back after wind surgery for which the yard are 2 from 3.

PLENTY to get stuck into there from David and he certainly holds plenty of knowledge of the All-Weather game.

A big thanks to David for agreeing to guest post on here, certainly given my non All-Weather brain plenty to think about and hopefully given you guys a bit of a different take on things as well.

Stay safe out there and I’ll hopefully be back on Tuesday with the regular weekly NTF Blog posts (What We learned From The Weekend).

18 responses to “Time for a revolution?”