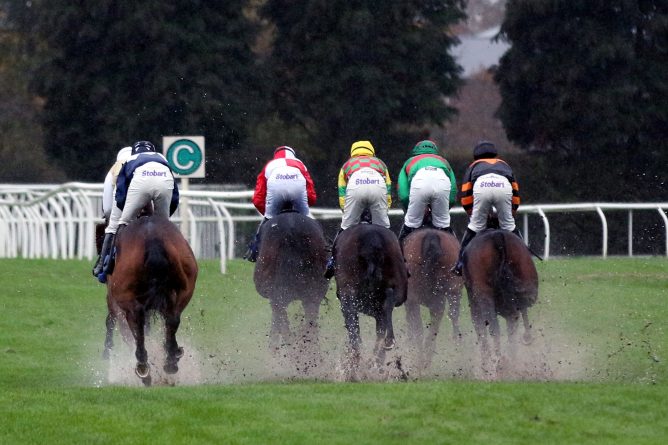 The SHISHKIN v ENERGUMENE battle certainly lived up to the hype! What. A. Race!

The Mullins horse gave it his all from the front but ultimately Shishkin just had too much class for his rival and despite a far from clean round of jumping still managed to stamp his authority once they had jumped the last.

Any chance of Energume turning the tables on Shishkin come Cheltenham? To be honest I’d be surprised…

Put it this way, Energume ran a career best on the figures (Proform Speed figures used as my gauge) in the Clarence House Chase but that still wasn’t enough to take down Shishkin. On the other hand Shishkin didn’t have to run to his best (a good 5 or so pounds below his best in fact) but still did enough to pull out the win. Energume will need to knock out another career best if he is to down Shishkin in the QMCC, something we can’t be sure he has in the locker, whilst Shishkin we know can run to a higher figure, he’s proven that multiple times already.

I’m looking forward to the rematch but ultimately I suspect the result will be the same, with possibly a wider winning margin for Shishkin come the line.

At Haydock the much hyped JONBON did the business in the Grade 2 Rossington Main Hurdle. This was a much better gauge of his abilities than his previous two hurdle starts as they were run at a crawl in the early stages whilst Saturday’s race was a much truer test right from flag fall. He’ll have learned plenty more from the Haydock race and I thought it was a pleasing performance from the 6yo, albeit I think there are others ahead of him in the pecking order, right now, but he’s heading in the right direction and he adds plenty spice to the novice hurdle division.

Elsewhere on the Haydock card ROYALE PAGAILLE banged in his second Peter Marsh Chase, posting a monster performance on the figures in the process. If only the Cheltenham Gold Cup was run in testing conditions round Haydock…

None of those ‘superstars’, however, make this weeks ‘Three to follow from the weekend‘…

The 7yo travelled like the best horse in the race for the majority of this 2m4f contest and turned into the straight looking the likely winner (hit 1.51 in-running) but ultimately her stamina gave way approaching 2-out and she seemed to finish a tired horse.

She shouldn’t have much trouble taking advantage of her current mark (OR 125 – down 2lbs for Friday’s run) but she isn’t blessed with a huge amount of stamina in her pedigree and she’ll be better suited to shorter trips than the 2m4f trip she ran over at Lingfield, although if they do persevere with those sorts of trips I wouldn’t be keen on backing her when the ground is riding as testing as Lingfield Heavy.

I’d like to think there is plenty more to come from this 5yo off his current mark of OR 122 (down a generous 3lb for Saturday’s effort), who was having only his 3rd start for Paul Nicholls. He was wearing a first time Tongue Tie at the weekend and that did have some level of impact, but he was still a little too free in the early part of the race and he maybe just needs some other form of headgear to fully get him to settle. Either that or they just stick a set of blinkers on him and let him ping off in the lead.

Whatever the case he’s surely a winner in waiting off his lowly mark of OR 122, once Nicholls properly figures him out.

In time he’ll probably prove better as a chaser and may be one for the long-term notebook but I’d be disappointed should Nicholls not find a winning hurdle opening off his current mark before he embarks on a career over the larger obstacles.

The 5yo ran a fine race on her second start over fences although the ground was maybe a shade too fast for her (Good to Soft) and there is a good chance she will be better suited to more testing ground, given her two French wins came under Very Soft conditions.

She recorded a solid figure in defeat on Saturday, a career best for her and a figure above par for the class level, and a win surely waits for her in the very near future. She is still very much unexposed over the larger obstacles and her mark of OR 122 looks well within range.

p.s. you can get all previous blog posts by visiting the main blog menu page.