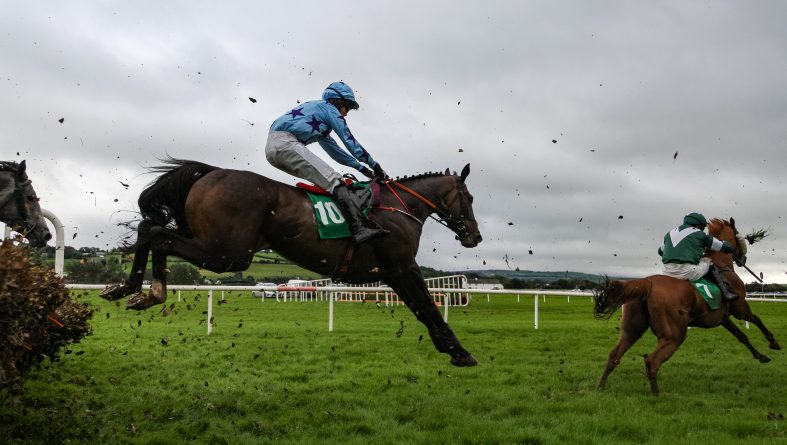 BOB OLINGER was the name on most people’s lips on Saturday and it was hard not to be impressed by how he put his race to bed on Saturday at Punchestown. THREEUNDERTHRUFIVE was equally as impressive on the figures on this side of the Irish Sea at Warwick, however, and he seems a shade overlooked to my eyes with regards to the Festival in March, currently trading at double figures for both his potential targets; the NH Cup and the Brown Advisory Chase (formerly the 4-miler and the RSA).

ECLAIR SURF was another impressive winner at Warwick, demolishing the Classic Chase field by upwards of 13L. He was hammered 10lbs for that win, however, and it’s also worth noting that only 1 of the last 19 winners of the Classic Chase backed up their win by winning next time out.

MISTER FISHER put his King George PU firmly behind him by winning the Silviniaco Conti Chase at Kempton and all roads now seem to lead the the Ryanair Chase at Cheltenham for the 8yo. His 0/5 record at G1 level is an obviously stain against his chances there.

There was another runner in that Silviniaco Conti race I want to quickly mention before getting to the bulk of today’s post, that horse being the decidedly struggling for form 9yo that is DEFI DU SEUIL, who finished a lacklustre 71 length 4th of 4.

Connections keep running this poor boy off a break of 50 days or more and that is simply never going to see him run to his best, certainly not when facing off against the level of opposition he was in the Silviniaco Conti Chase.

…whilst off breaks of 49 days or less he is…

There may, obviously, be more to it than that (he may have an undiagnosed niggle, for example) but continually running him off breaks of more than 49 days is not allowing him even a chance to show us if he still has the ability to get involved in races such as the Silviniaco Conti Chase.

His best days are probably behind him but we’ll never know that for certain until they give him a spin off his clearly preferred break period of 7-weeks or less...  🤨

Enough about the main action though, let’s tuck into this week’s ‘Three to follow from the weekend‘…

This 6yo is still a maiden after 18 starts (14 under NH rules – 10 over fences) but he has been knocking on the door of late and I suspect a win is possibly not far off, possibly under the following conditions…

He’s a low grade horse but there have been signs he’s capable of winning a race, some headgear may unlock what is needed to get that first win on the board.

I’m just not convinced the 8yo is a stayer and he is now 0/9, 1p when racing over further than 3m trips. He may also be a spring horse (March-May) as well, with his form figures during that period reading…

…in all other months.

He’s yet to race over a marathon trip (beyond 3m) in his prime months so I may be barking up the wrong tree with the distance splits, but it’s certainly something to keep in mind.

He was dropped 1lb to OR 119 for Saturday’s effort and he’ll definitely be entering the spring months on what is a very winnable mark for him (OR 119 is actually a career low mark for the Court Cave gelding).

The 8yo moved smoothly through the pack from around 4-out in this Class 4 contest and looked to be travelling like the winner as they started to head up the Kelso straight. I suspect, however, that the drop in trip on quicker ground (this was 2m5.5f on G/S whilst his win last time out came over 3m on Heavy) and on a less testing track (Kelso isn’t as demanding as Hexham) didn’t really play to his strengths (or at least played to the strengths of the winner more).

Deep Charm is worth sticking with though as he moved like one that still has plenty of wiggle room from on or around his current mark of OR 109 and he’s still very much unexposed after only 8 career starts (3 over fences).

p.s. you can get all previous blog posts by visiting the main blog menu page.