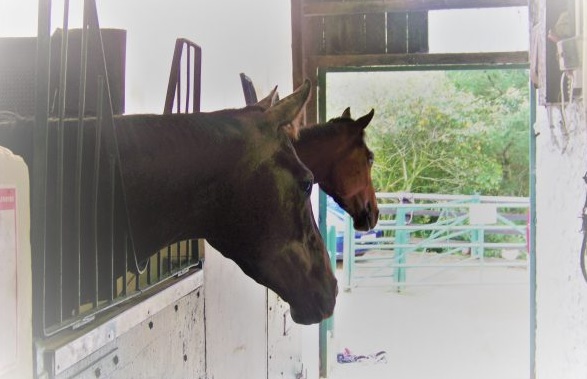 I fear I may have spoken too soon the other day when I suggested that racing had managed to get through the other side of the snow bomb!?!

National Hunt meetings are again taking a battering and being lost to the elements…but have no fear, All-Weather Davy is here!!

This time NTF’s resident All-Weather expert David Punshon is heading to Chelmsford for the 7f handicap, due off at 7.00pm…

MIDFIELD RUNNERS (LIKELY TO RUN IN THE THIRD WAVE)

We don’t look to have a guaranteed front runner only several possible front runners and I don’t really take much notice of the draw here over this trip as there is around 3f of a straight before the first turn.

Final Frontier from stall 3 (11% chance of leading) did lead on his only run over CD but was unfancied in the market and has been restrained recently over 6f at Wolverhampton.

Johnny Reb from stall 4 (14.66% chance of leading) is 2 from 12 on the AW with both wins coming when making all over 6 and 7 furlongs at Kempton but his early sectional averages look slow.

Brunel Charm from stall 5 (14.67% chance of leading) has led for 3 of his last 4 runs but again was generally un fancied in the market and last time out when he was fancied he was happy to take a lead and chase the leaders.

Glen Coco would have the best early sectional average but is just far too unpredictable/versatile to nail down.

He isn’t the most predictable runner and although he doesn’t look to have been obviously handicapped, I do have a sneaking suspicion Glenn Coco is ready to strike. Theoretically a 4lbs turn around for 3½L shouldn’t see a reverse of placings but I feel Glenn Coco could finish in front of Johnny Reb if Glenn Coco is on a going day and ridden handier. He is 6 from 10 on the AW, 4 from 11 at the track and 3 from 7 over CD with all those wins coming off marks higher than today. He is now 11lbs lower than his last winning mark and today’s capable jockey takes off a further 3lbs. I am not concerned by the 46-day break as all of his career wins have come when returning from a minimum break of 3 weeks and Stuart Williams has had 8 winners from 22 runners in the last 14 days plus Marco Ghiani has ridden for this yard 7 times so far in 2021 and has won on 5 of them.

Masked Identity is the intriguing runner, he finished ¾L in front of Glenn Coco over CD in October when 5lbs wrong at the weights. He had to give Glenn Coco 8lbs that day when officially only rated 3lbs better, today they are on correct terms and he only has to give him the 6lbs but in the last 90 days S Keightley has had no winners on the AW from his last 47 runners with only 7 reaching the places.

Strawberry Jack is 2 from 5 at the track and 1 from 1 over CD, he has dropped to 3lbs below his last winning mark and drops back in to Class 4 Company after 2 qualifying runs in Class 3 races and although he has a 120-day absence to overcome his CD win in November 2019 was on the back of a 103-day break.

Another fascinating read from David, plenty food for thought and in-depth analysis to give us a real feel of the contest.

Thanks again to David for allowing his work to be shared here on NTF and best of luck if you are getting involved in the Chelmsford action this evening.