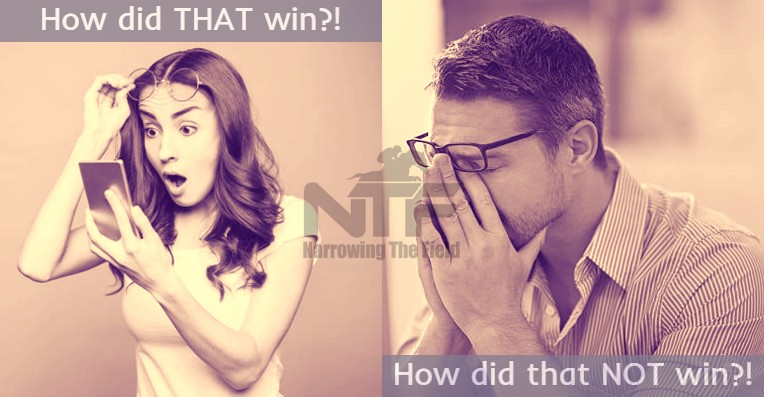 The heatwave has been and gone… I had to wear my waterproof jacket on the dog walk this morning… the good old British Summer is back!! Thankfully… as I was damn well struggling to sleep in a sauna 🥵

Waking up in this heat pic.twitter.com/vaFhXsxM2v

How did THAT win/ How did that NOT win?!?

How Did THAT Win?

Mark Johnston is known for keeping his horses on the go, he likes to run them, he’s not one for wrapping them up in cotton wool, it’s a method that has provide many (MANY) winners for his owners over the years… but the win of Temporize and the associated stats that I highlighted above show that if needed he can be patient and he can hang fire with one. Although the above angle won’t give you many qualifiers in a year (indeed you’ll only likely get 2 or 3 a year) they are worth looking out for…

How Did That NOT Win?!

This Night of Thunder filly came into her latest assignment off the back of an eye-catching run at Newmarket at the end of June and she was well-backed to open her account at the third time of asking. It didn’t happen though and she was undone by a Richard Fahey newcomer, going down by just under a length at the line. Far from a poor effort but a beaten fav all the same…

Could we have spotted any reason to be against her pre-race?

Still not a profitable angle, no, but an increased likelihood of winning and the horses are running much closer to market expectation…

I guess what I’m trying to say here is… when a claimer is booked for a Hannon 2yo on third start (when horse is yet to record a win) is he out to just get a handicap mark rather than bang in a win?

I’ll be back same time next week with the next edition of ‘How did THAT win/How did that NOT win?‘

The latest ‘NTF Notebook’ post can be found HERE