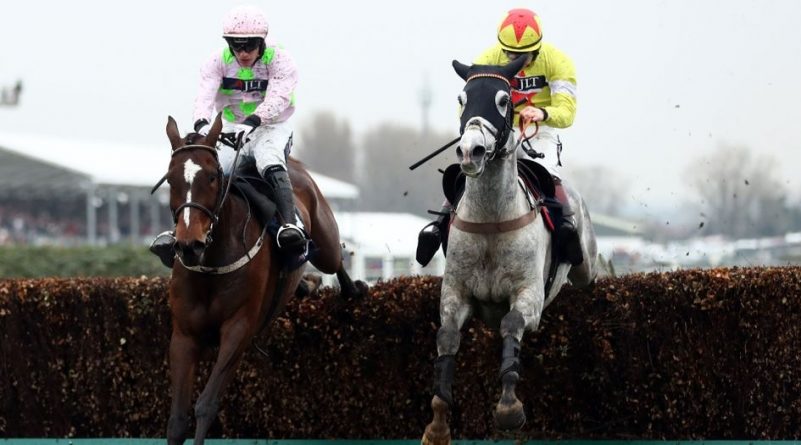 And so we roll into March… or as us punters prefer to call it… Cheltenham Festival month!

I was surprised this one was so heavily backed for this marathon chase as he is now P0650286 (0/8) off breaks of 39+ days (running in this race off a break of 61 days) and he’s likely to come on plenty for the outing.

He went well for long enough though, it has to be said, and he is well-handicapped at present (he was dropped another 2lbs to OR 108 for this run) and he’s worth looking out for under the following…

Black Gerry first went in my notebook during his Novice Hurdle days and it was good to see him step on a huge amount from his Chase debut at Hereford in December (which was also his first run for 657 days after a lengthy injury lay-off) and he should be well-handicapped off his current mark of OR 118 (went down 1lb for Saturday’s run).

Chasing was always likely to be his game – he finished second in his P2P behind the decent Bobhopeornohope – and he travelled and jumped well throughout the race at Chepstow and there did seem to be a bit of an educational purpose to this run (held up near the back to teach him to settle and allow him time to warm to his jumping).

On this recent piece of evidence Black Gerry may just need a bit further than 2m3.5f and I’d be hopeful of him opening his chase account before too long; there was a lot to like about this run.

The 5yo travelled and jumped like the best horse in the race for a long way but the lack of a recent run probably told come the home-straight (his first run for 92 days after sustaining an injury on seasonal debut in the Fighting Fifth at Newcastle) and he was quite free for a majority of the 2m3.5f contest.

He should come on plenty for Sunday’s outing and I think his finishing position was primarily down to lack of a recent run. He’s not one to give up on and he could pick off a race somewhere in the spring with this pipe-opener in the tank, he still rates a horse with a huge amount of potential.

p.s. you can view all previous free posts on the main NTF Blog menu page

p.p.s make sure you are on the free mailing list so you don’t miss out on any of the Cheltenham analysis