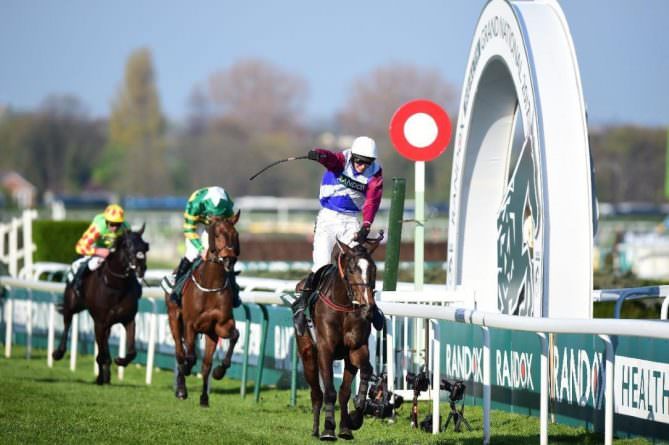 It’s been damn tough going for the jumping game since the completion of the 2018 Cheltenham Festival. Damn tough and damn bloody wet!

To be fair it’s not just the jumps game that has suffered, the flat haven’t quite managed to fully engage first gear either, it’s been THAT wet!

But that’s all about to change. The temperatures are rising and there are blue skies appearing (almost) all over the shop. Just in time for Grand National week!

I’m delving deep into the three day festival on the full NTF service, covering around 15 races over the three days, culminating in the National itself.

I’ve already provided full members with some early National thoughts, with the figures landing on a tasty 50-1 shot, one who I feel should have prime conditions on Saturday.

Here on the free blog I’m going to share a selection of stats for the three day meeting, along with a couple of trainer mini-angles to help you profit from the action…

Limited numbers, yes, and far from spectacular but certainly an angle that’s worth keeping on the outskirts of our vision.

Henderson is the winning-most trainer at recent Aintree Grand National meetings, by some way in all honesty, and amazingly you can actually back him blind and pull in a profit. I’m not one for throwing a load of blind darts, however, and prefer a more refined approach to tackling trainers so the mini-angle highlighted above suits my methods, and my betting approach, much better.

Tizzard’s record at this meeting has really stepped on in the last couple of seasons, with 8 of his 10 winners in the past 6 years coming in the last 2 years. He’s another you could back blind and pull in a profit but again I just prefer to dig a bit deeper and lessen the number of bullets I fire.

Aintree wouldn’t be a meeting I attack as thoroughly from a stats perspective as I do the Cheltenham Festival but there are still plenty of worthwhile points to note and have firmly on your radar.

Doors are now open for the NTF Aintree service and you can hook onto the main service for £15, allowing you full access to all races covered over the three days, as well as the in-depth race notes I produce for members post-meeting.