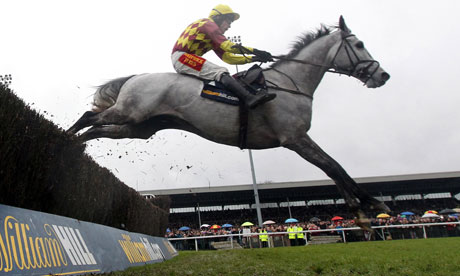 Dynaste. When was the last time he actually won over 3 miles?

The Charlie Hall Chase and the JNwine Chase were the two centrefolds on either side of the Irish Sea, both containing Cheltenham Gold Cup hopefuls and both races delivering, in their own different way, noteworthy performances.

What we learned from the weekend: 31st October & 1st November…

1. DYNASTE still hasn’t won a 3m+ chase out with the novice ranks…

Since stepping into open chase company, however, he has returned a form line of 25123232.

That solitary victory? Well it came the only time he DIDN’T run over a trip of 3 miles or further, in the 2014 Ryanair Chase at the Cheltenham Festival.

ALL of his other non-novice chase starts have been over 3m+. Sure it includes plenty of hot pieces of form (placed efforts in the King George, Betfair Chase, Aintree Bowl…) but he just can’t get his head in front over those staying trips.

The latest ‘2’ on his CV came at the weekend in the Charlie Hall Chase. A race where, although running in snatches, he seemed to come there with plenty in the tank down the home-straight before, what now seems an obligatory, flattening out when the chips were really down.

It can’t have been a fitness issue either as he had warmed up for this 20 days previous over hurdles in France. He should have been fit enough for the task in hand.

Could it be he doesn’t quite stay these 3m+ trips?

It could be although I would be inclined to think that the actual answer is that he’s maybe just a few pounds shy of the very top of the staying chase tree.

So what’s the obvious answer?

How’s this for a seasonal plan Mr Pipe…

2. We learned very little about ROCK ON RUBY’s staying power…

…except maybe that he doesn’t quite stay 4 miles!!

Tactically they were all over the place with him on Saturday and in the end he probably did well to finish as close as he did. Kilcooley, on the other hand, was given an exemplary ride and the button was pressed on him at just the right time, Richard Johnson using his track position to great effect to put the race to bed in the home-straight.

In their defence the ground had turned less than ideal for ROR, however, it’s easy to forget that he finished second in a Champion Hurdle on soft, to no less a horse than the mighty Hurricane Fly, recording an RPR figure of 170 in the process (only 1lb below his best ever figure) so it’s hard to argue that he doesn’t actually handle such going.

The ROR staying question still remains unanswered at present, I just hope it doesn’t always remain unanswered, it would be good to know either way…

There is plenty of stamina in his pedigree, let him use it!

I doubt he was even out of 2nd gear to land his fifth Grade 1 contest in the JNwine Chase at Down Royal, in fact I think he had a mid-race nap before deciding to take care of business as they turned for home!

This latest victory means he is now eight from nine since moving out of the novice ranks, with his only defeat coming in last seasons Ryanair Chase, a race where he met significant trouble at a vital stage.

Since that Ryanair defeat ‘The Don’ has taken his form to a new level, a level that almost certainly marks him out as a serious Gold Cup contender.

Those are hefty figures, no doubt about that.

To put them into context…

Coneygree ran to a figure of 178 when winning last seasons Gold Cup.

Lord Windermere fired in a sub-par 168 when landing his Gold Cup.

Denman recorded a figure of 184 when slamming his Gold Cup field.

Don Cossack is bang there with the last three Gold Cup winners and right on the coat-tails of Kauto Star and Denman’s Gold Cup winning performances.

No question Gordon Elliott has a horse capable of running to the level of form needed to win a Gold Cup, he just needs to keep the beast fit and well until March…

Is ‘The Don’ a Gold Cup winner in waiting?

6 responses to “What we learned from the weekend: 31st October & 1st November…”