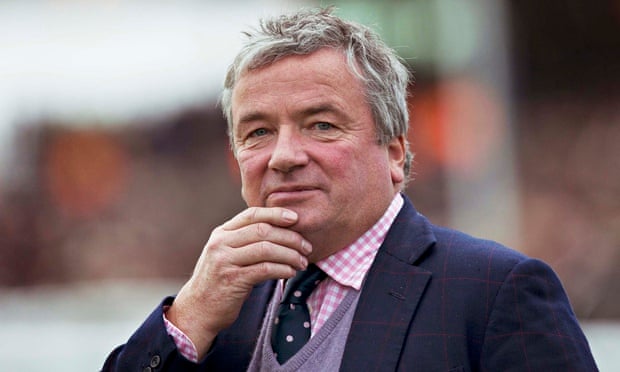 NTD pondering Bally Beaufort’s options for the season ahead…

One of the benefits of my meticulous approach to updating my private notes for the forthcoming season is that I also come across a plentiful supply of horses that I would consider to be ‘well-handicapped’. In other words a horse that is sitting on a mark that I think is below his or her true ability.

They may be sitting on their current mark due to a light novice campaign last season or they may well have dropped to the mark after a string of below par runs, most likely running on conditions or from a mark that stops them performing to their optimum.

In these very early stages of the season it’s more likely to be the second season chasers that slide up to the top of my list as they have the most potential and room for manoeuvre.

Spotting these types can, and will, lead to some juicy profits throughout the season.

Last season Drop Out Joe (The DOJ as I prefer to call him) was the undoubted star of my list whilst Creepy on the other hand was a complete and utter, well, drop out!

Today I want to share with you three horses that I consider to have scope to improve on their current marks (well-handicapped in other words) and in the process can hopefully land a handicap or two along the way before the handicapper catches up with them and anchors them on a stooping mark.

This former Nick Williams inmate made the switch to Johnny Farrelly last term and his new trainer didn’t hang about in getting him over fences. Despite some eye-catching performances, however, he’s still somehow a maiden over the larger obstacles. Six starts, zero wins, two places.

That doesn’t, however, really give the full picture. The facts are he’s drastically unlucky not to have a Grade two chase on his CV.

Cast your minds back to the Noel Novices’ Chase at Ascot on the 18th of December and you’ll maybe remember the Winged Love gelding spreading his field apart with an attacking performance on the front end, coming to the last still two lengths up, then blundering the obstacle and un-shipping his pilot Harry Skelton with the race at his mercy.  That wasn’t a bunch of no-hopers he was spread-eagling that day either. Le Mercury, Thomas Brown, Out Sam, Killala Quay, Junction Fourteen (the other five in the race) ALL went on to win more races that season with a couple of them bagging graded contests as well. It’s impossible to say for sure but a clean jump at the last would surely have secured victory for Johnny Farrelly’s charge (or at least seen him finish a clear second) and had that been the case it’s highly unlikely he would be starting this season on OR 137.

The only thing that niggles me about that run is the distance. That was over 2m5f and it has to be said that all three of his career wins to date have come over 2m 0.5f or shorter. Was that final fence blunder caused by the horse’s petrol gauge flicking on empty? It’s a theory I’m torn on but nevertheless it’s well worth looking at his distance splits to date…

The way I see him is that he can stay those longer trips but he seems better suited to shorter trips. The fact that all six of his chase starts have been over 2m 3f or further possibly also goes some way to explaining the reasoning behind him still being a maiden over birch.

It’s also worth pointing out that he has been tried at the top levels a fair number of times but each time he’s come up short. To date he’s run eight times at Listed level or above and been beaten each time, all three of his victories coming at Class 2 level or below.

Again that’s not a hard and fast rule but he certainly seems to have a ceiling to his class abilities, which again maybe contradicts that Ascot un-seat as that was worth 18k to the winner. Then again he ultimately didn’t win that race and maybe he was genuinely running on empty approaching the last.

Ground wise he seem relatively flexible as he has won on Soft, Good to Soft & Good to Firm so that certainly keeps options open to a certain extent.

Ideally I want to see him in a handicap chase over 2m 0.5f or shorter, in a race worth less than 10k and in November or December after a pipe-opener to blow away the cobwebs.

I do, however, remain a tad flexible on that distance angle so if others angles are in his favour I’ll consider the longer trips. The main thing for me is his handicap mark and I’m convinced OR 137 is well within his range

AMORE ALATO Ideal Conditions – Handicap Chase | 2m 0.5f or shorter | Race worth less than 10k to the winner | Nov or Dec | Not coming off a lengthy break

This Old Vic gelding started his chasing career in fine fashion, rolling in two commanding Aintree victories, one in novice company and the other in open handicap company. He paid for those wins, however, and shot up the handicap from OR 128 to OR 144, a mark that ultimately is probably right at the top of his handicap ceiling. It also forced connections hand and he then found himself battling it out against significantly better horses at Class 1 level.

He never really looked all that comfortable at that grade and after his dual chasing success at Aintree on his first two starts he duly put together a rather uninspiring form line of 6P5PP. The upshot of that, however, is the fact he has now slid back down the handicap and finds himself on the rather more feasible mark of OR 135, the mark he last won from in fact.

He’s another one that enjoys the latter part of the year so he’s one that should be able to take advantage of his mark, if placed correctly, prior to the turn of the year…

Being a Twiston-Davies inmate, however, you wouldn’t back against him scoring in September or October given how well the trainer does in his peak months (Twister season 2016 currently running at a healthy 39% strike-rate with a +£11.41 BFLSP).

He’s no world beater but his Novice season become extremely difficult/impossible after those early wins at Aintree and for me it’s easy to forgive the rest of his season and he’ll be able to show his true form now back down to a winnable mark.

Three chase starts in novice company last term, mixed in with a bit of hurdling, finds this lad on a very workable mark of OR 140 to start his second season over the larger obstacles.

Venetia is a bit of an expert (?!) at getting horses well handicapped and then finding them valuable pots to plunder, indeed few do it better, and this lad’s novice career very much hints at one that was being fined tuned for a bit of second season plundering.

He’s a big old unit of a horse and chasing was always likely to be his end game and if we consider the fact that he’s a Grade 2 winning hurdler that was rated as high as OR 156 over timber it’s not hard to assess that Venetia has yet again worked her magic at getting this one on a tasty mark.

…although it has to be said that he does have stamina in his pedigree and he may yet be up to staying further, it’s certainly an angle I’m open on to a certain extent.

Indications are that he’s not all that much a fan of taking in tracks with severe undulations.

Pulling all those filters together (excluding month filter) gives a rather tasty form line of 21111.

Easy as that! It’s just down to the trainer to find the suitable targets now and if any one can be trusted to do that it’s Venetia!

I’m extremely hopeful that these three can pick up handicap pots at some stage during the 2016/17 campaign and prove to be some way better than their current marks in the process.

p.s. I’ve all but finalized my ‘Alternative 20 to follow’ list for the season. Trainer comments have been collected and the list will shortly be with all members of the FREE NTF service.

Remember this is the ‘to follow’ list that BANS any Mullins, Nicholls or Henderson horses and even steers clear of Hobbs, Pipe and Elliott!

If you are not currently a free NTF member then  join HERE and grab an array of FREE stuff for you punting pleasure.