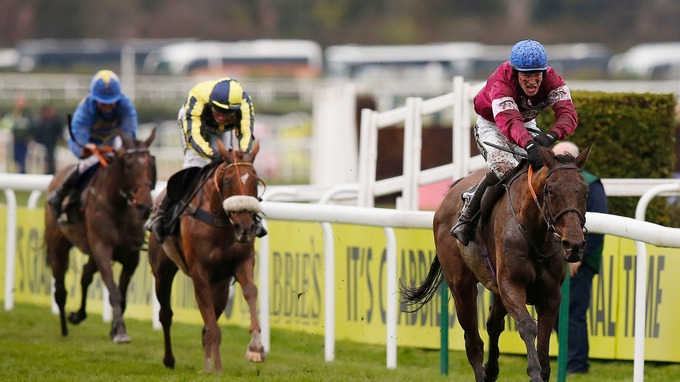 Rule The World – The National is some place to break your chasing duck!

“Holywell didn’t get far did he!’

“I only backed Rule The World because it’s my favourite Take That song!”

You get the picture I’m sure…

Anyway I’ve survived the barrage for another year, have picked through replays with a fine-toothed-comb and sourced three under-the-radar runners for you to stick in the notebook…

6th in the Manifesto Novices’ Chase

The 6yo was out of his depth here and he very much looks like one that Venetia is priming for a handicap campaign next season.

He was beaten far enough here (60L) that it could see his handicap mark slip a bit (ran here off OR 145) and I’m sure that will help Venetia when it comes to placing him in a handicap in the 2016/17 season.

Overall his form marks him out as holding a fair bit of class under the bonnet as three starts ago he finished 2L behind Gods Own (who has since finished an 8L 4th in the QMCC and then won the G1 Melling Chase) and two starts ago he finished a plugging on 14L behind Douvan in the Arkle. Prior to those two runs he beat the Ian Williams trained Ballyalton, who has since landed the 2m4.5f Novices’ Handicap at the Cheltenham Festival.

A handicap chase in the November-January period with plenty cut underfoot will make him of plenty interest, ideally away from very undulating tracks (form line of 305 on such tracks), and he looks sure to land a decent pot somewhere.

17th in the Topham Chase

The 6yo has been set some fairly tough tasks since landing a beginners chase and a novice handicap chase back in September and although he’s failed to follow up on those victories he is a horse with plenty still to offer.

This season has all been a valuable learning experience for him but his 4th in the Betbright Chase at Kempton hinted at plenty of ability and I have no doubt that his current handicap mark of OR 133 is well within his capabilities.

3rd in the Sefton Novices’ Hurdle

Jockey Leighton Aspell was niggling at his mount from a fair way out in this but he kept responding and dug in well down the home-straight for a solid third-placed finish.

He’s actually yet to finish outside the top three in his seven starts to date and although he can clearly cut it as a hurdler it’s fences where we are likely to see him really come into his own. He looks a deep-bodied and burly 3 mile chaser in the making and although I doubt he has a G1 or G2 in the locker he certainly looks the type that could land a valuable staying chase at some stage.

He already has some serious form on his CV, none-more-so than his excellent second behind Champion Bumper winner Ballyandy at Cheltenham in November, a race that incidentally has worked out very well since (8 wins from 27 subsequent runs, 9 others placed).

The form of his 2nd at Sandown in March has also started to work out exceedingly well with 4 winners from 7 runners and a further 1 placed.

His trainer Lucy Wadham does remarkably well from limited runners and I would expect this one to pick off a few novice chases before going onto hunt down some bigger pots in the handicap sphere. There is a real chance this one turns out to be the next stable star for his shrewd trainer.

The above trio are all better than their Aintree run suggests and I would expect all of them to be picking up victories over fences come next season.