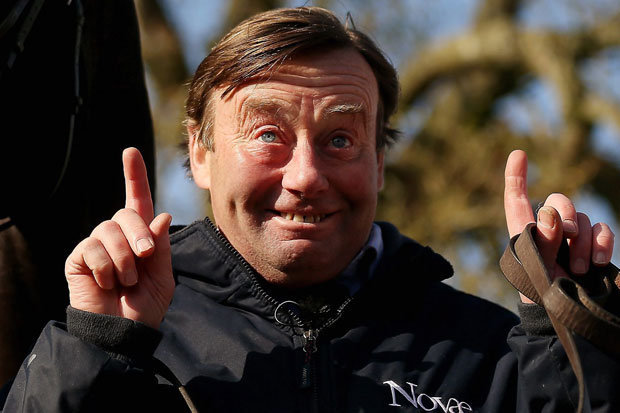 The rain is here, the snow is coming and the National Hunt game is firing on all cylinders so here are a few trainer stats you want to be keeping on your side this month…

The followers trainers have their first time out runners (returning from breaks of 90+ days) fit and ready to fire from the get go….

Hendo really starts to roll in the winners in December, even those coming in off a break of 90 days or more. He clearly has no trouble getting them fit and firing at home and you definitely shouldn’t let the fact one of his is coming in fresh put you off, in fact you should almost fancy it’s chances more.

Over 50% strike-rate is outstanding and he certainly knows how to get those younger novices in tip-top shape at home.

Times have been tougher for McCain in recent months but his recent history tells us he can get one ready first time up in December.

I admit it’s not easy assessing the McCain string at present but it’s worth keeping an eye on his first time out December runners for signs of life.

Hobbs doesn’t have many 90+ day runners in December (I suspect a large chunk of his string have already blow off the cobwebs with a run by this time) but those that do make a first time out appearance do strike at a solid rate.

It’s a bit more of a targeted approach but when the money is down they generally do the business.

The following trainers have their handicappers in prime shape during December….

Handicap Chasers in fields of 12 or less

That filter includes all his December handicap chase winners and all but one of his win and place runners.

Yep it’s that lady Venetia again and she pretty much keeps her November form tanking on throughout December.

Whereas last month it was her fresh runners that were doing the business this time around it’s those that had already been to the track that pull in the profits.

A fairly targeted approach from Daly but one that pays dividends.

Daly’s runners probably skip under the radar a bit more than they used to but that’s perfectly fine by me as that general means more in the way of juicy prices to tuck into.

Those are a hefty set of targeted figures from Williams and he clearly knows exactly what he’s doing with his December novice hurdlers.

Well worth keeping any of his entries firmly on your radar.

Nicholls made last months list with his novice chasers and once again he is the stand out man when it comes to these types.

Things can be tightened up significantly by looking at…

A 47% strike-rate and a +£39.11 points return is outstanding from Nicholls with these types and we would be foolish not to keep them firmly in mind whenever and wherever they run.

That’s a bit more like it. It is, however, quite a specific angle and there are no guarantees that it will continue like that but at the very least it’s worth keeping a close watch on.

Happy December punting one and all. Let the fun begin!

With thanks to Proform…