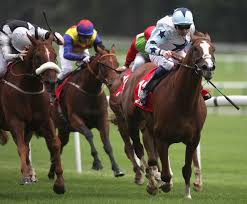 I’m firmly of the opinion that every handicapper has a ceiling to their abilities – they have a rating they can’t (or at best struggle) to win above but can certainly win when on a mark below that ceiling.

There is one such horse currently in training that fits this ethos perfectly (well there are obviously a number of horses but this one stood out at me at Ascot last week) and that is the Richard Price trained CHEVETON. Not only does this horse have a definable ceiling to his talents he also needs Good or slower underfoot conditions to be seen at his best. The softening ground came in for him last week and he was backed in from around 33s in the morning to an SP of 18/1. However, punters overlooked 2 vital facts about this horse –

1) He was running from an OR of 96. His previous highest winning mark on turf had been 91 (he has won off 92 but 5lb claimer Dale Swift technically reduced that to 87)

Clear indications that this horse has a ratings ceiling that he struggles to win above.

Yes he had won at class 2 level before but not in anything as competitive as a 62k Royal Ascot race. The highest value race the gelding had won was a £18500 race at Haydock.

Patchy at best I would say.

So although the 7yo had underfoot conditions to suit last week there were a couple of other major factors that were against the horse.

Cheveton is actually one of those horses that shows strong preferences as to what are his optimum racing conditions. If we filter his form to the following –

All 7 career wins are encompassed within this filter and these are the circumstances I would be looking to back the Richard Price runner.

If everything else is in his favour I would not rule him out running a big race (without possibly winning) in a 20k+ race but these type of races are clearly not ideal for him.

*Notes – He has won from a mark of 96 on the AW but AW form does not always translate to the turf and certainly looks to be the case for Cheveton.

His OR of 91 or below does include when a claimer has reduced his burden. For example his last victory was from a mark of 92 but was reduced by a 5lb claimer to 87. So as long as a claimer brings the mark down I would be interested.

There is a lot to be said for getting to know the preferences of any handicapper and if you play your cards right and put in the work you will reap the rewards in the long term.

Now I’m away to figure out how many connotations the blog post title has…..

the Levee holds water to soften the ground……p.s. Proform software makes finding this info a doddle! Take a look for yourselves – http://www.proformracing.co.uk/